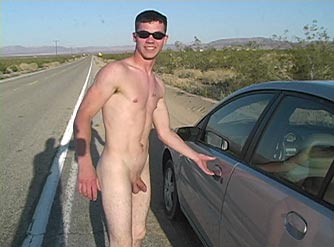 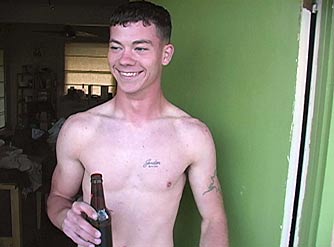 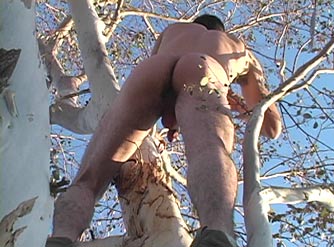 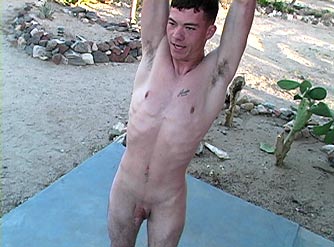 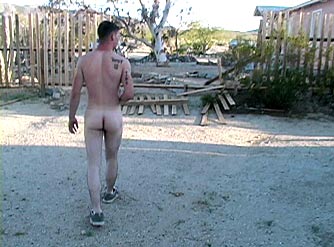 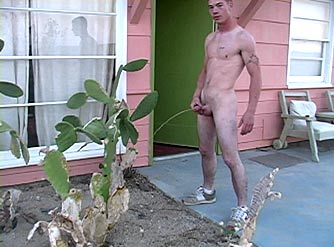 Yep, Zack again. He loved being naked what can I say. This video is from right after I got back from a convention I had to go to. It's my first day back and Zack and I have been totally missing hanging out, so I picked him up as soon as he got off duty so we could chill and drink some brews. I made him drive so I could hold the camera.

On the way to my place, and this is what I love about this crazy fucker, Zack decided it was too hot to drive with his clothes on. It won't disagree was a scorching hot day and the air in the rental car I was driving sucked, but you gotta love Zack's answer: he stopped right along the side of the highway and took off all his clothes. That guy really hates having clotrhes on and I can't say that I blame him clothes suck but I've never met anyone so willing to strip off anywhere and anytime. In fact he called the other day and said that was what he missed most, being able to get naked whenever and wherever.

When we got back to my place we just hung out for a little while. We're just chillin'...he smokes some cigarettes and drinks some beer and goes off on some shit in that funny way he does. I gotta be honest with you watching this video made me really miss hanging out with my bro, he was something else. Watch this video and you'll know what makes Zack so cool.

We're hanging out on my porch and he decides to check out the abandoned car in the next yard over. There's no on living there, the place has been empty forever, and there's an old car just sitting there. Zack wonders what kind it...well why not go over there and check it out?

After checking out the car Zack looks at the tree in my fron yard, and I wonder whether he can climb it. He says he can climb it with one hand, and a beer in the other hand. "Prove it" I say, and he does.

The best part was when we were hanging out on my front porch and a truck started driving up the hill in front of my house. Zack didn't give a shit, he was like "I hope that guy can see my dick." He really just could not care less who seems him naked, he would walk through a grocery store naked if he could. What a great guy I sure do miss hanging out with him.

Then he pisses on my cactuses, while saying sime funny shit about the cactus cheatying in him, ...but it's OK cuz he hugged the other cactus too. Crazy fucker it's funny.

Last he goes in to take a shower, and while he's in there I get him we start talking about all the different weapenns he shot while in the Marine Corps.