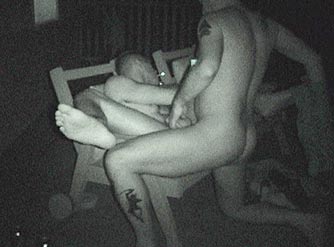 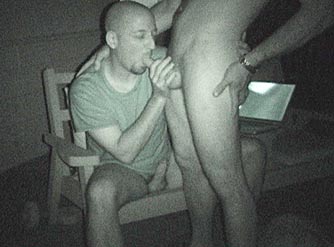 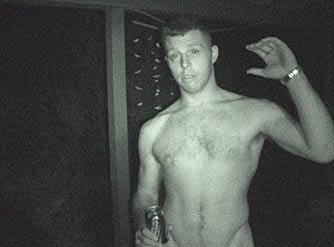 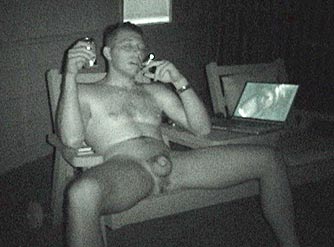 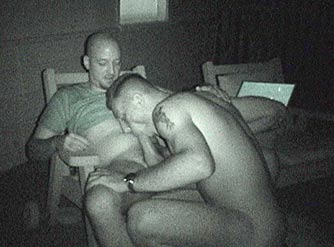 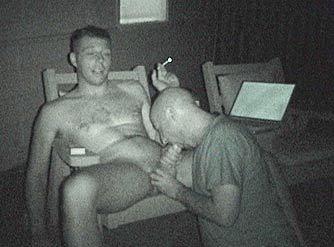 I moved to a new house recently, one much nearer the base and not co-incidentally just a mile away from where King and his fiancee (now wife) live. Lucky for me this makes it a lot easier for King to come over and have some fun, even when he has work the next day. Better for everybody, I think.

It's funny to listen to these hardcore guys..all and I mean ALL they think about is fucking fucking fucking. He expects her to put out every day, maybe twice, and believe me I know from personal experience that his cock is a lot to handle. There's no way that I'd be able to manage him twice a day, much less his poor girl. He wants her to roll over and take it no matter what time of day or night, and she's working double shifts! Once every two days might be more than 95% of guys get, but that's not enough for King. So he comes over to my place, hinting that he needs to get his cock worked on and he doesn't care who does it. Typical marine.

What's funny is, I'm about as tired as she is, so I'm resisting. I know, I know...why would I ever say no to a hawt, built straight marine who wants to fool around? And it almost works...but before I know it, his shorts are off and he's walking around my new house as naked as if he just got out of the showers after PT. I can only resist so much.

This video starts out with King giving a little tour of my new pad. The coolest thing about the new place is that it's out in the middle of fuck-all nowhere, so there's nobody around to see anything no matter what you're doing. You can walk around naked all you want, and the summer nights are perfect for it. So the first half of the video is King walking around naked, smoking and playing with himself. If you've never had a marine come over and walk naked around your house and yard, this is what it's like.