Jerking In the Kitchen (40 min) 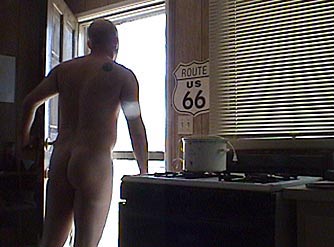 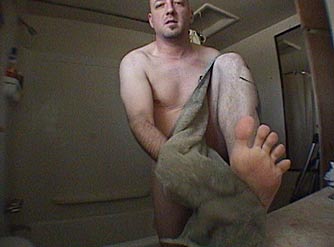 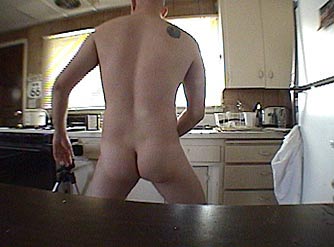 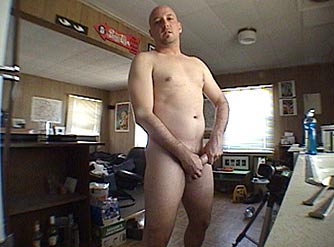 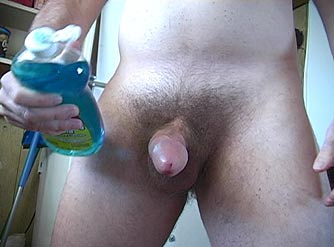 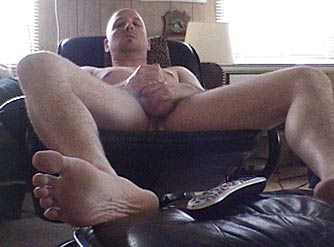 60 people rate this as hot!
#jerking off
#solo

NOTE: This video is actually from about a year ago, you might recognize the old house where King and I did our thing.

Today I decided to try and do what I failed to do last time, which was keep my hands offmy dick while filming some casual nakedness tapes.

I did manage to make it out of the shower without jerking off, barely. And then I thought, well why not get the next bit, me walking around the house to get my clothes? And then when I had moved the camera into the living room I thought, "Well, why not get a shot of me opening my front door and checking outside, considering how nice it is."

Upon opening the door I realized my neighbor was outside working on something. No worries, he's far enough away, I'm covered by bushes, and the screen door hides me well enough. But just thinking about him makes me hard.

He's tall, muscular, but in a very natural way, muscles that come from working. Every single time I see him my first thought is, "Holy shit he is so fuckable." He loves to take his shirt off during the summer months, exposing a delicious broad lightly hairy and-in-just-the-right-places chest. I think I even saw him step out naked one night last summer.

Anyway, the mere thought of him makes me rock hard again, so I set up the cameras and open up the kitchen window so I can watch him working. He can't see a thing...believe me, I have checked to see what's visible from out there and not a thing is, but I love being able to watch him put that tight body to work in heavy labor.

Why it should be so difficult for me to come on camera though I don't know, especially since it ought to be the reverse. I have tremendous dick control, I'm turned on by the camera, I'm not at all shy, and there's not even anyone else here to distract me, although who knows, maybe that would be such a turn on that it would help. I'm certainly going to get used it, that's for sure.