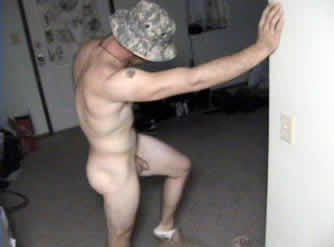 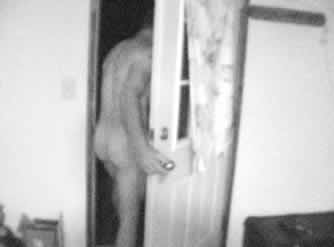 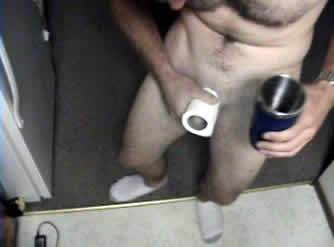 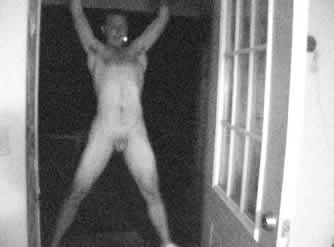 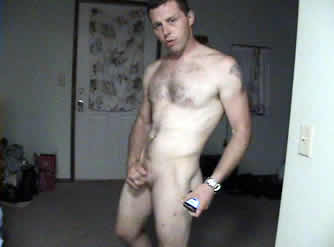 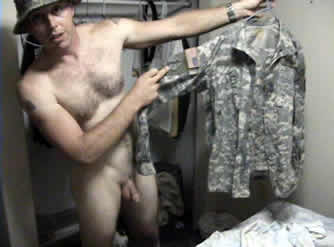 A test Finally, we reached the end of our trip, King's hometown. King had just moved into a new house before coming on the road trip, and the night after we arrived we proceeded to christen the new pad by getting totally blitzed. Zack is at this time one house over, having hooked up with the hot neighbor chick; while king and I are left to entertain ourselves he's fucking her on a trampoline.

By early morning King and I have polished off a full bottle of rum and multiple beers. I was just about passed out when King picked up my video camera which was charging on his kitchen counter and started taping. The video starts out with a little tour of his house, which you'll notice is tiny and mostly unfurnished. He does have TP though, as he points out when he goes in to take a piss. He tries to tape himself taking a leak but he's been drinking and not paying attention to what he's taping so you really only get a few brief looks at his cock, although it is filmed from his perspective which is cool. Then he shows off the rest of his house, including the continuously running hot-naked-bitches screensaver on his laptop.

Then he tries to wake me up, and apparently he's successful because even though I look like I'm surely done, the tape switches to me taping him. We banter back and forth for a bit about this and that, and then, as usually happens when King has been drinking, he decides he's wearing too many clothes. Hey folks it's why I try to keep my video camera charged and ready at all times!

King also likes to go outside naked, and he does this too, although unfortunately we can't turn the porchlight on because his little house is actually on his friend's grandparents property, and although their house is some distance away we can see that they're still up, and boy would that be unfortunate if they saw King running around naked.

The best part of this video is when King goes into his closet and pulls out his uniform. He doesn't put the whole thing on but he does start wearing around his boonie hat and combat boots with his cock hanging out, just like we used to do in the barracks. Good times.

All this time he's trying to get a girl to come over. She's down, but has no way to get over, King and I both have vehicles but both of us are have been drinking too much to drive anywhere. King's plastered enough to imagine there might be some way around this, but there's not, although the end of the tape shows us getting ready like we're going somewhere, I can assure you that we passed out instead, and woke up the next day with grade A hangovers.

Copyright © 2007-2021 —All Rights Reserved. All models at least 18 years of age at time of photography. Proof of age and other pertinent records required by 18 U.S.C., Sections 2257 of title 18 is kept by the Custodian of the Records