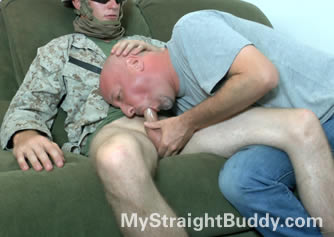 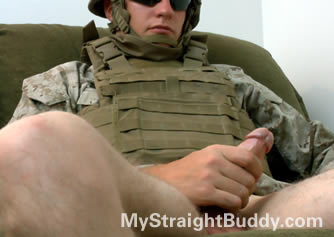 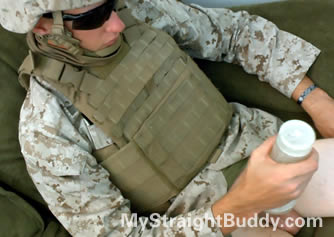 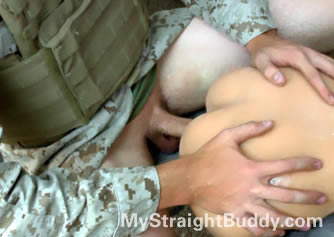 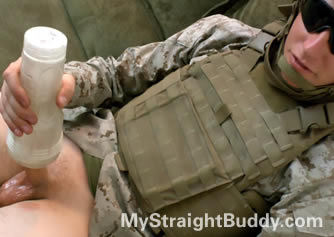 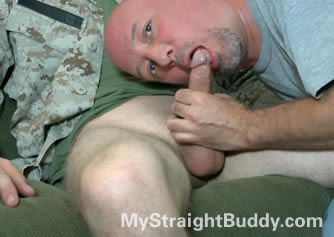 So Tom is a buddy of mine, who, after some nights hanging out together, let it be known that he'd really like to tape for me. Like, he was really clear about the fact that I should talk to him about what he could do. And the way he said it, I realized this meant that he's heard that I could suck a dick and he wanted to find out what this would be like.

The only problem was, he was super paranoid about anyone finding out (and considering the whole 29 Palm Porn Scandal that caused me to shut down 4 years ago, I couldn't blame him. I told him that fortunately I had just the solution: full uniform, so you couldn't see his face at all. So no you never get to see Tom's face, I hope the unform makes up for it. I said he had to think about it for a few days, but I knew what the answer would be. He was curious as fuck, and sure enough he called me back and said he was ready to take a walk on the wild side.

First we went out shooting. I can't show it on here because of rules but if you want to see this Nebraska farm boy Marine rattle of some rounds in the desert with his AR-15 like a boss, you can download it here.

First I started working the fleshjack on his dick my own self, the big smile he grew let me know that he was enjoting it. Then I went in and took his perfect-sized knobby cock in my mouth and worked it until he blew a huge load, which I then licked up. Just one of the perks of my job :)